Cannes: “A Festival Unlike Any Other”

The Cannes film festival is unlike any other. The largest film festival in the world, it’s a sprawling, surreal event. For a first-time attendee it’s inspiring and, at times, utterly overwhelming. ALL Of Me got into the Short Film Corner, and was selected by the Creative Mind Group to be part of their festival selection, and so we flew out for our first public screening.

Cannes itself is a beautiful place, Art Nouveau buildings glimmer in the baking sun, the beach always in sight. The cool clear waters were calling to us, but there was far too much to see and do for that. Those very beaches were lined with pavilions. Talks, screenings, premieres, and an endless sea of fascinating, producers, buyers and filmmakers. There were four of us there representing the film, Director, Daphne Schmon, Writer, Emily Carlton, Producer, Jemma Moore and Editor, Philippa Carson, but even between all of us we only managed to see a small section of everything on offer.

Our highlights included Lanthimos’ haunting and strange epic ‘The Killing Of A Sacred Deer’; the first two episodes of David Lynch’s ‘Twin Peaks’ reboot – quite an experience on the giant screen of the Grand Lumiére theatre; an incredibly inspiring talk by Faye Dunaway about her passion for cinema; and the Positive Planet Foundation dinner hosted by Harvey Weinstein.

Before we knew it it was time for our screening. We were playing as part of a selection of carefully chosen shorts, at the 250-seat Olympia 2 cinema. The collection of films was fantastic, most notably ‘The Raisin’, a surreal comedy that almost defies description, and ‘Perception of Violence’, a powerful look at the US police shooting of unarmed black youths that pulls no punches. We were honoured to be featured amongst them, and the feedback from the crowd afterwards was fantastic.

There are few feelings quite like the tension of watching your film in a room full of strangers. Having spent so long agonising over every frame, every word, you are sensitive to every sign of a reaction, down to the smallest cough. This was Daphne and Emily’s first narrative film, and it’s an agonising and precious moment, your first public screening of your first film. Seeing it in that context was a revelation. You see the successes and failures of the film so clearly. For example, we were surprised to hear the audience laugh warmly at some funny lines at the start of the film. Yes, that’s why those lines were there, but endless script readings and the editing process had long since drained any humour out of it. The audience brought us back to what we’d first seen and liked in that script, almost two years later. When we heard the gasps, and the hushed silence as the film reached it’s dramatic climax, it was the culmination of those two years’ work. I know it’s an experience none of us will forget. 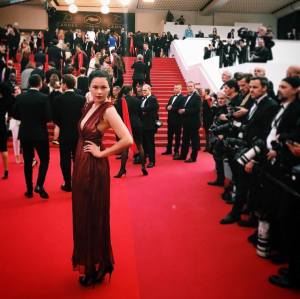 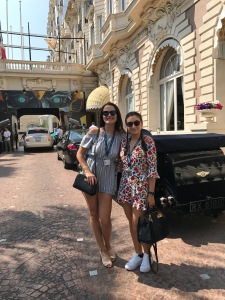